Sorry, we have temporarily removed this app from the app stores for upgrades. 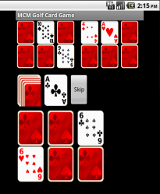 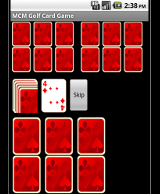 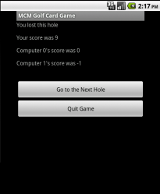 The objective is to finish with the lowest score.

Start by flipping over two of your cards.

Then try to pair up cards of equal rank vertically to get a score of zero for that column.

Joker counts as -2, Ace as 1, numeric cards as their stated value, and face cards as 15 points each.

Once one player turns over all his cards each other player gets one last turn for the "hole". Nine "holes" (rounds) are played.

Sorry, we have temporarily removed this app from the app stores for upgrades.

Our programming services include: